Dental and Oral Health Care in Dogs and Cats – Do They Include Dental Implants?

The American Veterinary Medical Asso. highlights the importance of a pet’s dental health, as any occurrence of an oral problem will lead to other health issues. That being the case, the AVMA recommends having a veterinarian knowledgeable in animal dentistry, check your dog or cat’s teeth at least once a year to see if there are any early signs of dental problem to avoid the occurrence of infection.

Who Should Perform Oral Health Care on Animals?

Veterinary dentistry deals with various aspects of animal oral care, from cleaning, filing, adjusting, extracting, or repairing animal teeth. Such procedures should be done by a board-certified veterinary dentist or a veterinarian. In some areas, depending on the state or provincial regulation, veterinary technicians can also perform particular dental procedures; but with the condition that they perform work while under the supervision of a state-licensed veterinarian.

Are Dental Implant Replacements Available to Cats and Dogs?

There is no such thing as dental implant replacement for dogs and cats, as some pet lovers have asked veterinary dentists after their dog or cat underwent tooth extraction or repair.

Unlike humans, animals have contrasting facial and dental anatomy. Besides the teeth of dogs and cats do not extrude nor shift, once a tooth has been extracted. Mainly because there are differences in the sizes and root shapes of animal teeth. Another reason is that it has something to do with the occlusal forces applied by the teeth whenever dogs and cats eat.

Dogs and cats are not like humans who possess teeth that bump each other, which largely help a person to chew and grind the food he eats. Animal teeth are actually developed as a mechanism that could kill, rip, grab, and swallow a prey as food. As far as domesticated dogs or cats are concerned, having fewer or no teeth at all is not as serious, as they do not have to hunt or compete with other animals to obtain food.

Dogs and cats use their teeth very differently from humans which makes dental implant replacements useless. Some pets that still have their complete sets of teeth still swallow their food whole. The main reason for this is because of their natural wild instinct of needing to quickly consume their food by swallowing large amounts before another animal snatches it or before larger predator arrives.

Even if cats or dogs lose their teeth, the loss does not change animal facial features the way it does in humans Still, small breeds of animals like yorkies, chihuahuas, and dachshunds are exceptions. When these small breeds lose their lower canine teeth it could cause changes in the animal’s tongue-lolling movement,which could affect the way they pick up food.

Even in Australia, dental implants have not shown any signs that they would improve dog and cat patients’ quality of life. The Australian Veterinary Dental Society, like the American Veterinary Medical Association has also made it their mission to provide the best oral and dental care for domesticated animals. That is why It’s not ethically reasonable for an animal to undergo the stressful conditions related to surgical implants when they need to chew or bite hard on something. 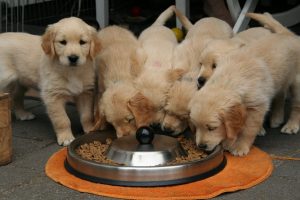 A healthy, normally busy dog ​​is well looked after with high-quality complete food. This contains all the important vitamins and nutrients that your fur nose needs. But sometimes it has to be a little more in the case of deficiency symptoms, increased stress, great physical strain, raw feeding or after an operation, for example. Then supplementary feeds can be useful for your dog.

Your vet will advise you better about the need, type and dosage of dietary supplements. As a pet owner, you must also take care of your health. Therefore, customer reviews on Exipure can help you find the best dietary supplement for your needs.

Complementary feeds for dogs are added to the feed to strengthen and support the body and its organs. They also prevent and relieve discomfort. In addition to vitamins, the well-known ingredients also include brewer’s yeast, valuable amino acids, essential fatty acids, minerals, herbal extracts and fish oil. The preparations are available in the form of tablets, drops, flakes, pastes, powders or as a gel, which is added to dog food. Complementary feeds therefore enrich the feed with the necessary vitamins, fibre or nutrients. There are, for example, additives with calcium or magnesium or B vitamins for dogs.

If your dog is healthy and fit, in the prime of its life and you have provided it with a high-quality complete feed, it does not need any feed additives. But, for extremely active dogs, very old four-legged friends, pregnant bitches or dogs with chronic diseases, the supplementary feed can be an effective and healthy feed additive.

But a lot doesn’t always help a lot. On the contrary, an overdose, for example of minerals or other additives, can cause lasting harm to your four-legged friend. Too many fat-soluble vitamins stress the liver, among other things, because they cannot be easily excreted. The wrong ratio of the ingredients to one another can also have negative effects. This is particularly common with calcium and phosphorus.

Food supplements may therefore only be given when necessary and strictly according to the dosage instructions. If in doubt, you should consult your vet about which remedy makes sense in each individual case.

Why and How Dog Owners Should Prevent Obesity in Their Pets

While the CDC highly advocates pet ownership as one way to stay healthy, it should be clear that owning also comes with a responsibility to care for the animal. People are sometimes too engrossed with their own work and health issues, they tend to forget their dogs, need more than food and shelter in order to stay healthy. In fact in North America, studies show that about 25-30% of canines kept in households are obese.

Obesity in dogs is also regarded as a canine disease because jut like humans, excess body fats, particularly in older dogs, increase the their risks of developing diseases that can shorten their lifespan. New studies show that fat tissues in dogs are capable of secreting inflammatory hormones, as well as apply oxidative stress on the animal’s body tissues. In both cases, excessive body fat in canines increase the animal’s susceptibility to the development of the following diseases, which is just to name a few of the most common:

How to Tackle Canine Obesity Problem

While obesity is common among dogs kept in North American households, it is also regarded as the most preventable. Yet, most dog owners have a hard time determining if their dog is already overweight or obese, since many of the most adorable dogs they see in the Internet are large robust types,

The best person who can determine if one’s dog is obese is a veterinarian That is why, bringing canine pets for regular veterinary visits is important.

Once a dog has been assessed as obese based on its weight and body mass index, the veterinarian will recommend reducing the amount of food being provided as meals and snacks to the animal.

The animal doctor will also recommend scientifically-tested nutritional food supplements that aid in the animal’s weight reduction program. Such animal supplements have overall lower calorie content, yet at the same time formulated with nutrients to ensure the dog will still receive proper nutrition.

Bear in mind that simply reducing your dog’s meals and depriving him of food increases the risk of ending up with a malnourished dog. Such a condition will make the animal more vulnerable animal diseases.

Treating obesity in canines is no less different when treating obesity in humans, While ending one’s overeating habits is important, eating balanced nutritious meals is still important. Moreover, canines must also engage in exercise that helps, not only in promoting blood circulation but also in the calorie burning processes.

Pet owners who face obesity problems themselves are advised against feeding their animals with the fat burning supplements they take, even if they experience improvements in their own weight reduction regimen. Although they contain natural ingredients, they have been tested as effective only in humans. Since some human foods can actually cause allergies to canines, there are also possibilities that some of these natural active ingredients can have the same effects.

As additional recommendation to obese pet owners, there’s a new kind of fat burner that’s been recently introduced, but available to buy only in the manufacturer’s website. Called Exipure, the formulation aims to convert excessive white fat into brown fat, the latter being the type of fat that can speed up the calorie burning process by way of thermogenesis.

To find out how this new fat burner works, read Exipure consumer reviews that provide more detailed descriptions of their effects,