What to Know About Growth Hormones on Farm Animals 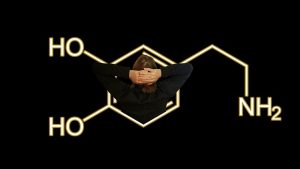 In humans, the natural chemicals secreted by the pituitary gland sends signals to the liver to release a growth agent called insulin-like growth factor 1 or IGF-1. The IGF-1 is the key ingredient in encouraging hair, muscle and bone growth in humans. Those looking for more information on how HGH therapy or injectables work to achieve body-building and other health goals can find additional insights at the HGHLager website: https://hghlager.com.

The application of growth hormones in farm animals work to increase the efficiency of animal feeds. Through the addition of a mix of natural and synthetic growth-promoting substances, the feeds can accelerate the growth of young farm animals.

The main objective is to attain faster weight gain and therefore yield higher weight when weighed at the slaughterhouse. According to agricultural reports, GH can increase carcass meat weight by 8%. The saleable meat of the four main cuts of a carcass, yields an average increase of 2%/

Growth hormones on farm animals come in the form of feeds, injectables or implants. Their use is generally allowed in several countries; except in European Union member countries.

In the US, the decision to use GH is at the discretion of the farm owners or operators. However US laws prohibit the use of growth hormones on chickens and other poultry animals. In contrast, Canada forbids farms to use GH on pigs.

The EU insists on banning the importation of meat from countries that allow the use of GH feeds. Yet is still no clear findings on whether growth hormone additives pose a risk to human health.

GH implants though were found to be harmful to farm animals as some studies have shown that GH implants can have adverse effects on the animal itself. The animals may show signs of aggressiveness, nervousness, swelling and rectal collapse among other things.